Graceless - Where Vultures Know Your Name 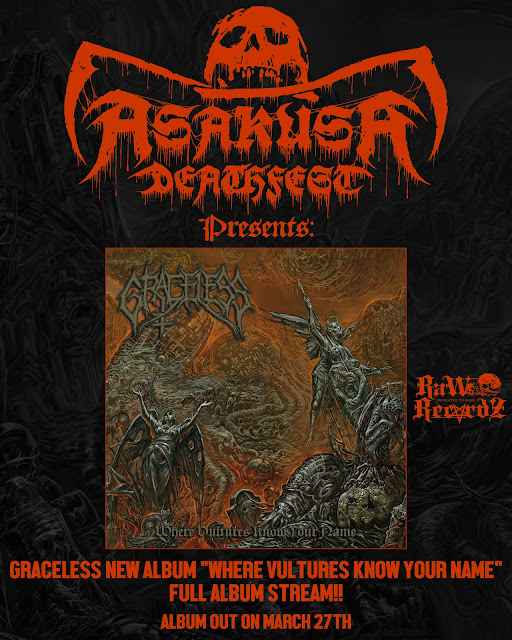 Graceless - Where Vultures Know Your Name
8 brand new tracks by these Dutch doom death masters.
Asakusa Deathfest support them.
Do you want to see them on ADF 2021 ?? 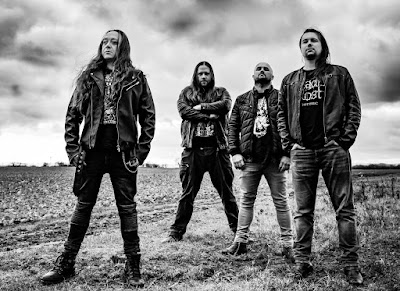 GRACELESS is an old school death/ doom metal band from Leiden / The Netherlands. Founded by Remco Kreft, best known as guitarist of Soulburn, in june 2016.

GRACELESS was raised out of the ashes of Nailgun Masssacre and Xenomorph and brings a primitive dark death metal sound that is inspired by bands like Bolt Thrower, Obituary, Morbid Angel, Autopsy, Coffins, Asphyx, Paradise Lost and Black Sabbath.

In 2017 they inked a deal with Raw Skull Recordz for their debut album Shadowlands, which was released in December of 2017. And gained a lot of positive feedback and support in the underground scene.

To promote that album Graceless played a huge amount of gigs around th Netherlands but also a lot in Germany where the band has seemed to find a welcome home.

2018 and 2019 existed of conquering and destroying every stage they could get on and the public liked it.

End 2019 Graceless had 14 new songs written and chose to record these all at once and then decide which should end up on their new full length album.

From these songs, 4 found their way to a great split with our Russian friends of Grond which was also released by Raw Skull Recordz and sold out in a blink of an eye.

Now, 2020 our new album “Where Vultures Know Your Name” is bout to hit the world and the feedback we got so far is really overwhelming. With that said, we will aslo play some of the best metal festivals this year, Pitfest, Party San, Protzen Open Air and many many more….

More to come and we will see you soon somehwere on stage!!